Detained in Kenya for not looking enough like her passport photo, Canadian Citizen Suaad Haji Mohamud has been trapped in Kenya for 2 months while trying to return home to her adopted country. 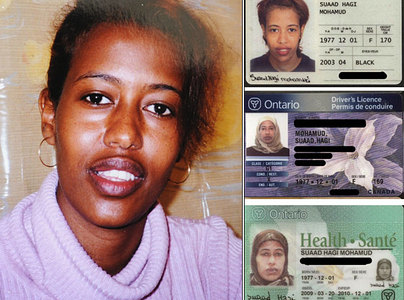 She’s been declared a fraud by the Canadian government and may be deported back to war-torn Somalia, where she was born. She suggested she be fingerprinted, but after a couple of weeks, the government couldn’t come up with anything to match the new prints to. So now, she’s waiting on results of a DNA test that’s expected to take more than another week.