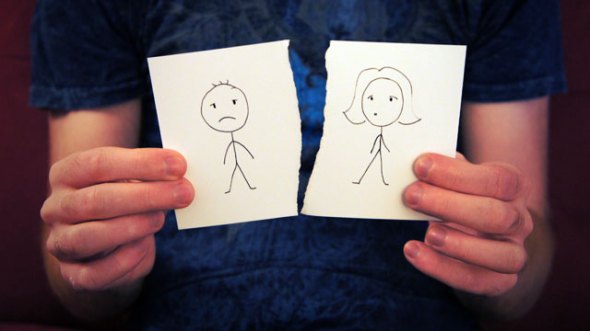 It would be fantastic if we could all just get along, but if you’ve met a handful of people in your life you know that’s not a very realistic expectation. Sometimes, despite your best efforts, you simply have to tell someone that it’s not working out. Whether you’re breaking up with a lover, letting go of a friend, or just trying to shake someone annoying, here’s how to get the awkward job done.

First of all, there’s always more than one way to handle an awkward social situation. No suggestion is going to work every time. You need to survey the atmosphere, consider the person you’re dealing with, and remember your ultimate goal or reason why you’re breaking this bad news. I’ve been in this situation far too often and I’m still a far cry from an expert, so I asked people who are as well as a handful of regular people on the internet. Here’s what I learned.

Be Sure You’re Making the Right Decision 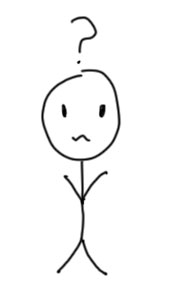 Rejection is unpleasant for everyone involved, and telling someone you don’t like them is probably one of the worst types. For that reason, you don’t want to make the decision lightly. You should be certain you don’t want this person in your life in a certain capacity or at all before you figure out how to tell them. Doctoral Clinical Psychology student and intern therapist Brian Newton suggests you first consider your goals:

If say a client asked me, “How do I tell X that I don’t like them?” my first question would be why they wanted to tell the person that; what their objective is. There are plenty of people in our lives that we don’t like, but it’s not always effective to tell them that, it doesn’t further our goals. If someone doesn’t like their boss and they need their job, telling them that is probably not effective toward what they actually want. So, in fact, I’d say the more useful question is, “What do I want from this person?”

If you want this person out of your life, you have to consider the situation as well. As Brian notes, telling your boss you don’t like them isn’t going to be terribly helpful. When your goal is to remove your boss from your life, it’s probably a lot easier to just find another job. If you have an annoying co-worker, you’ll probably want to consult with your human resources department before taking any action yourself. Personal relationships offer a little more freedom, but you don’t necessarily want to burn a bridge if unnecessary. Be sure to weigh your options and consider possible outcomes. Sometimes it makes more sense to simply put little effort into a personal relationship than to end it. If you feel ending it is in your best interest, however, read on.

Don’t Be a Douche Bag 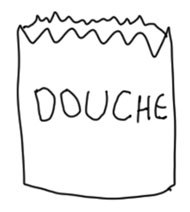 I’d like to think it goes without saying that you shouldn’t be mean when you’re telling someone you don’t like them. After all, the interaction is already unpleasant and even if they feel the same way about you, it’s still something that hurts to hear. That said, I’ve known people to be insensitive simply because it’s easier and I’ve known myself to be mean unintentionally. Sometimes you just screw it up, but you can at least try to be kind. As marriage and family therapist Roger Gil points out, it’s not only the right thing to do but it’s actually in your best interest in the log run:

It’s always important to respect another person’s feelings (as long as they aren’t disrespecting yours or crossing boundaries). Besides, being mean to your “rejectee” might get back to someone you do want to date and give you a “douche bag” reputation.

I’ve probably acquired the “douche bag” label with a few people unintentionally. Sometimes I’ve attempted to be nice, but nice can often come across as misleading. If I’ve learned anything from my mistakes, it’s important to find the line between being firm and being respectful. Being firm is often necessary for clarity and can sound harsh, but it’s generally better than providing people with uncertainty. The confusion ultimately hurts more in the long run.

Prepare Ahead of Time and Plan for Awkward 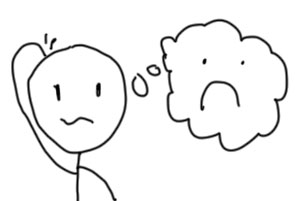 As humans, we like to try and remove awkwardness and conflict from every situation but it’s often inevitable. It’s better to understand that some situations will be unpleasant, accept that reality, and believe that a little discomfort now will save a lot of discomfort down the road. There will also be times when you’ll be surprised by someone’s interest, so it can help to have a few responses at the ready to avoid creating additional problems. Robert Gil elaborates:

In preparing canned responses, it’s important to be honest. “I have a boyfriend/girlfriend” or “I’m not looking to date anyone right now” aren’t good responses if they aren’t the truth because if your rejectee sees you behaving very single-like or sees your online dating profile, you just created the awkward situation you wanted to avoid. I would say something like, “I’m really flattered. You seem like a nice person but I just don’t see you that way. I admire your assertiveness, though.” The idea is to state the truth while communicating respect for the other person. If they are relatively “normal”, they’ll take this as a cue to walk away with their pride intact. If they become insistent, don’t respect your wishes, or make a scene, then rest assured that it’s their issue and stick up for yourself in an appropriate way.

When ending a non-romantic relationship, you won’t be able to give a response. You’re going to have to bring up the bad news, and this is always uncomfortable. Of course you want to be as kind and gentle as possible, but when you’re telling you don’t want to be friends it’s important to remember two things: be clear and definitive. When you’re coming up with a prepared response, avoid statements like this:

“I don’t think we can be friends anymore.”

The problem words here are “I don’t think.” This leaves room for interpretation and additional questions that will be uncomfortable to answer. The person you’re rejecting may ask why you don’t think so, then try to provide counterarguments. What works better is a statement like this:

“I don’t want to be friends anymore.”

This sounds harsh to read, and you can certainly preface the statement with a some softer language to make it easier to swallow (e.g. “I need to tell you something difficult and I apologize for saying it like this because I don’t want to hurt you, but I want to be as clear as possible”). Chances are you will be asked to explain why regardless of how you say it, so be prepared to offer an explanation that has more to do with you than it does with them. You don’t want to fall into “it’s not you it’s me” territory, but you also don’t want to leave room for endless questions and argument. Simply stating that you don’t enjoy spending time with them should be more than enough. This is a harsh thing to say, but the alternative can be much worse. You don’t want to spend the next hour explaining every reason why, and they don’t want to hear it. When a person asks a lot of questions it’s generally because they want to try to change your mind. If you’re sure you do not want this person in your life, it’s better to withhold most of the details. Just because you don’t like one (or several) aspects of their personality doesn’t mean somebody else won’t, and there’s no sense in making them think who they are is bad. Unless they exhibit universally terrible behavior and telling them would benefit everyone they ever meet, it’s really not your place to judge another for who they are. The only judgment you want to make is whether or not they are compatible with you.

When I asked Lifehacker readers and other people on the web how they would prefer to receive the bad news themselves, the answers varied quite a bit. For the most part, people fell into two camps: either they preferred to hear the bad news quickly and rip the bandage off, or they simply wanted no confrontation whatsoever and wanted to get the tacit message through a lack of contact. So how do you tell what a specific person prefers? You ask.

As awkward as this may sound, it’s actually easy to do in almost any context. When you’re getting to know a person, you simply bring up a situation where you had to break this bad news to someone in the past. All you have to say is that you weren’t sure how to handle it, as that is essentially a request for advice. Whoever you’re talking to will tell you how they’d want to be told, and should you ever need to tell them you don’t like them you’ll know exactly how to go about it. Knowing won’t remove the discomfort from the situation, but at least you can rest-assured you’re not approaching the conversation blindly.

You can prepare as much as you want, but ultimately you don’t know what’s going to happen. Your best efforts could result in a problem. Sometimes you’ll make mistakes and it will be your fault, and sometimes you’ll find the person you’re dealing with is emotionally volatile. It’s a rough situation and it’s okay to feel badly for a little while. If you do, it means you actually give a crap about other people and that’s a good thing. Just don’t dwell on the bad feelings too long. At some point you’ll probably meet somebody who will have to tell you the same thing. They may make mistakes, too, so be forgiving. Nobody’s pefect.

A big thanks goes out to Roger S. Gil, M.A.M.F.T. and Brian Newton, MA, for their contributions to this post. You can follow Roger on Twitter and check out his podcast. If you’re looking for more information on interpersonal skills, Brian recommends reading the Interpersonal Effectiveness section of the book Dialectical Behavior Therapy. You can learn more about it here.

This entry was posted on October 13, 2011 by Durdle. It was filed under Idiotic Crap .