The Super Mario Movie, As It Should Have Been 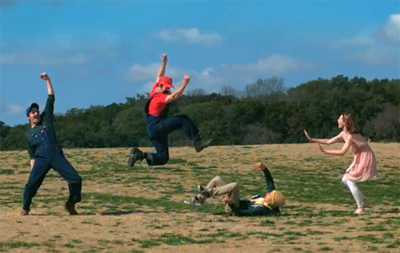 Comedy studio Pixels Per Second recently launched this awesome parody trailer for a Super Mario Bros. movie. No, not that one(which…okay, which really never should have been), but a better one. Think Super Mario Bros. as an indie flick about a down-on-his-luck guy who find the spark he needs to become a hero. And maybe takes a few drugs on the way.

And when you’re done watching that, you should check out one of PPS’ other videos: an exposé on adorable kitten videos.

Gia Manry is a Texas-based geek who you can hire. Or you could just follow her on Twitter.

This entry was posted on August 16, 2011 by Durdle. It was filed under Idiotic Crap .