The SuperMoon Apocalypse Is Near! (No, Actually It’s Not)

On March 19 the Moon will be at its closest point to Earth in 18 years: 356,577 kilometers, according to the perigee and apogee calculator. Naturally, this means that WE ARE ALL GOING TO DIE in a clusterfuck of mad hurricanes, raging volcanos, furious tsunamis and mad earthquakes. Why? Because some people have used very special instruments to detect the impending disaster in their own assfog. 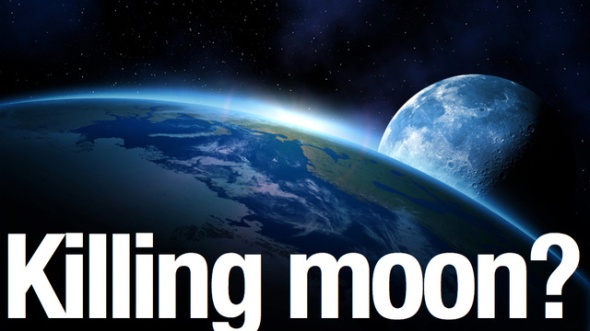 These fear mongers point out to all the different times in which the so-called SuperMoonbrought disaster to Earth, according to them. They say the lunar perigee caused the New England hurricane in 1938, the Hunter Valley floods in 1955, cyclone Tracy in Darwin, Australia, in 1974, and hurricane Katrina, in 2005. Oh, and the 2005 Tsunami in Indonesia, which happened two weeks before the lunar perigee, but nevermind. It’s close enough.

Of course, the Supermoon experts forgot about all the disasters that happened nowhere near the lunar perigee. You know, the disasters that keep happening all year around, every single bloody year. Where was the lunar perigee when hurricane Andrew struck Florida in 1992? Or when Haiti was reduced to shambles by the 2010 earthquake? Or during the 9.5 magnitude 1960 earthquake in Valdivia, Chile? It was on vacation, in a nice beach in Santorini, having grilled sardines and fresh white wine, that’s where.

The fact is that, if there are any disasters around March 19, they will not be caused by the Moon—which is actually progressively spiraling away from Earth at a rate of 38 millimeters per year. They will just happen because natural disasters happen. Like the astronomer Pete Wheeler—at the International Centre for Radio Astronomy—says: “There will be no earthquakes or volcanoes erupting, unless they are to happen anyway […] just a lower than usual low tide and a higher than usual high tide around the time of the event, but nothing to get excited about.”

It doesn’t matter, because there will always be some morons that, if anything happens, would say: “I told you so!” Humans like to attach explanations that seem logical to any kind of event, even while they are only logical in their brains and they are not supported by any science. In a way, it’s comforting to know that there’s a hidden reason for everything, which is why so many nincompoops believe in things like astrology and tarot cards.

But the truth is that, even while some scientists think the Moon’s gravity may trigger Earthquakes, pointing at some yet-to-be-proved correlation between full moons, new moons, and Earth, there’s no impending Moonpocalypse.

Zoombiepocalypse, on the other hand, that’s a different matter altogether.

This entry was posted on March 8, 2011 by Durdle. It was filed under Idiotic Crap .